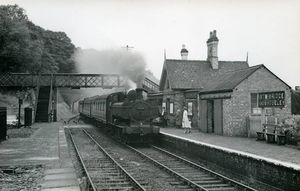 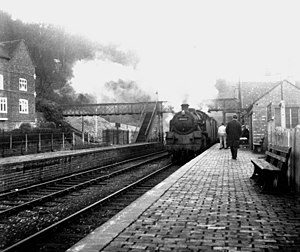 Another view of the station looking westward in 1963 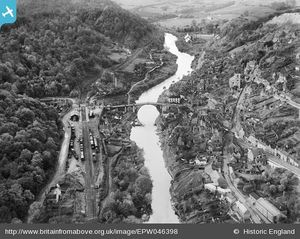 A Great Western Type 5 brick signal box was commissioned in 1894 at a cost of around £1,545.[3] This was located adjacent to the level crossing on the west side.

Provision of an additional goods siding at a cost of £90 was authorised in April 1908, and the signal box interlocking frame, level crossing gates, point and signal connections were renewed in 1916.[4]