These extracts from the GWRGreat Western Railway Service Timetables for the period 27 September 1937 to 3 July 1938 show trains between Hartlebury and Shrewsbury via the Severn Valley Branch and between Kidderminster and Woofferton via the Tenbury Branch.

The timetable for the Severn Valley Branch included five weekday through services in each direction. The timings were:

On Sundays no services now ran north of Bridgnorth.

The Tenbury Branch included five weekday departures from Kidderminster and Woofferton. The timings were: 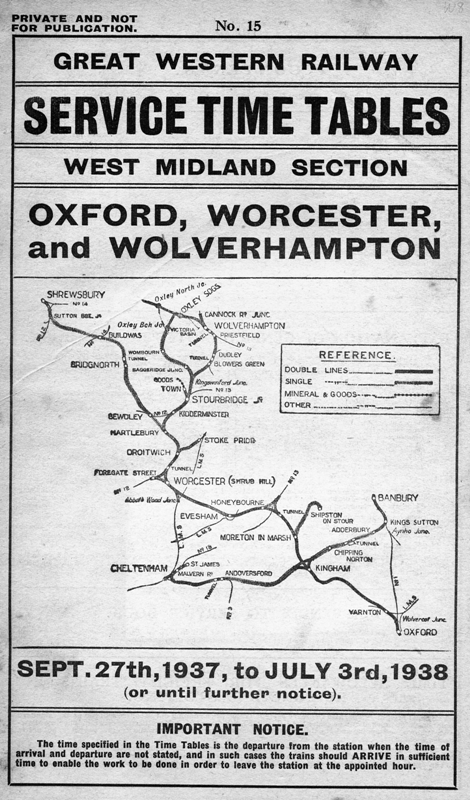 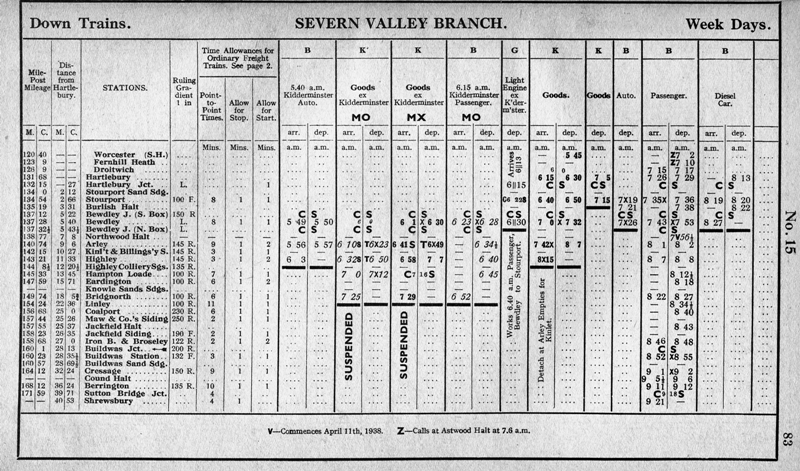 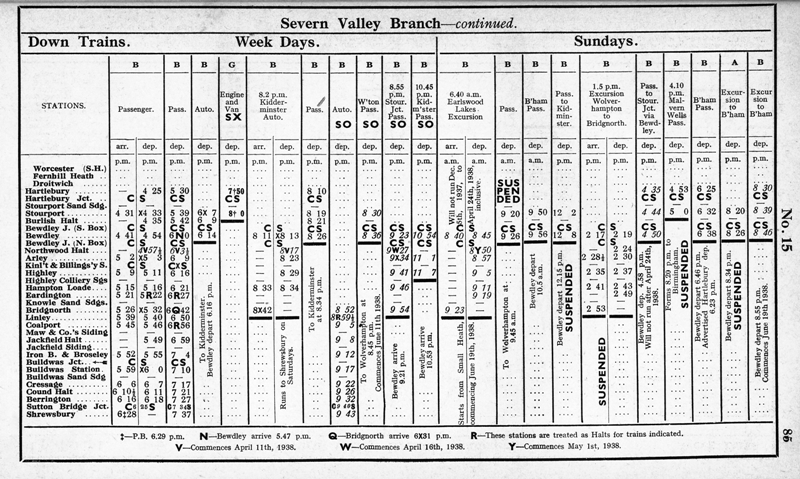 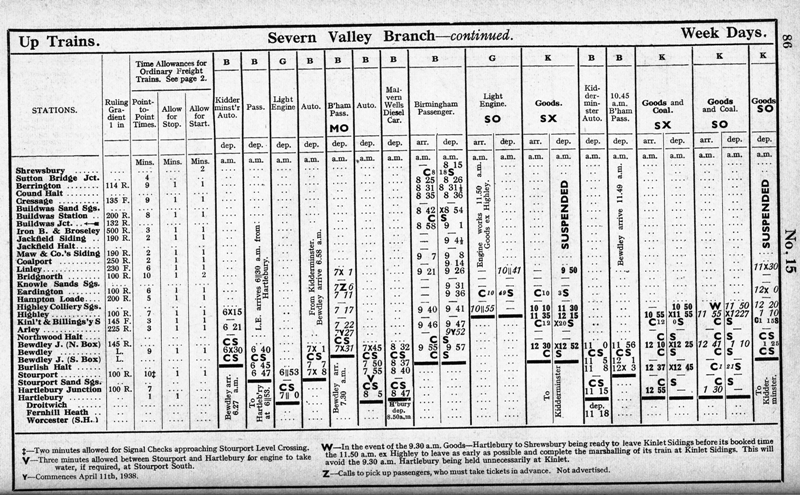 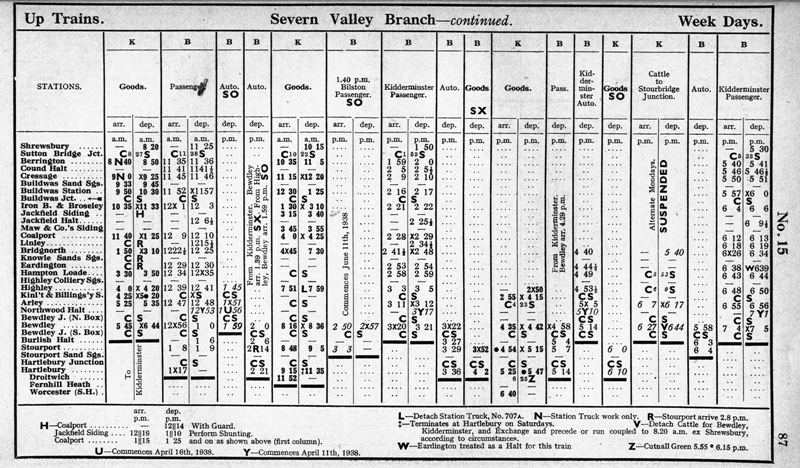 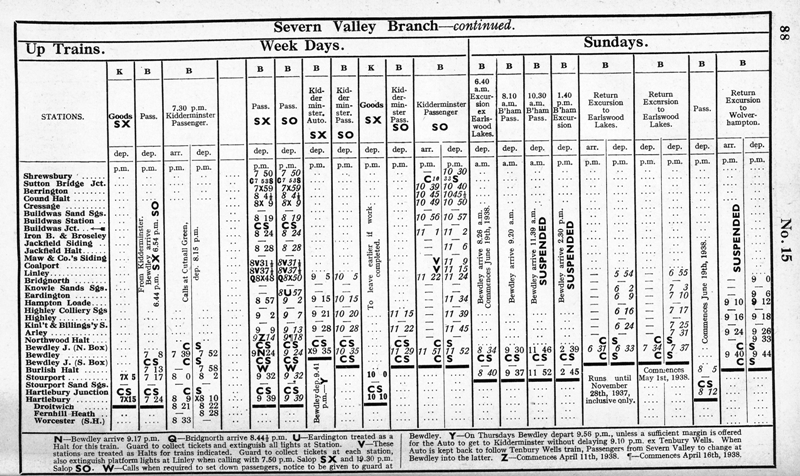 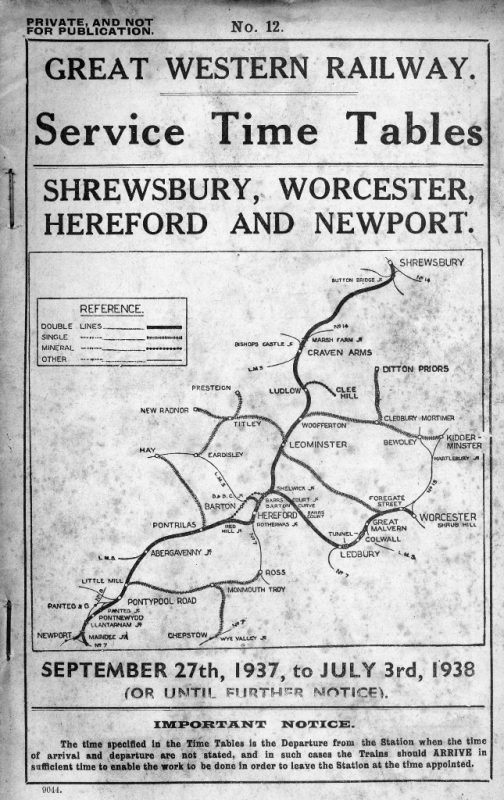 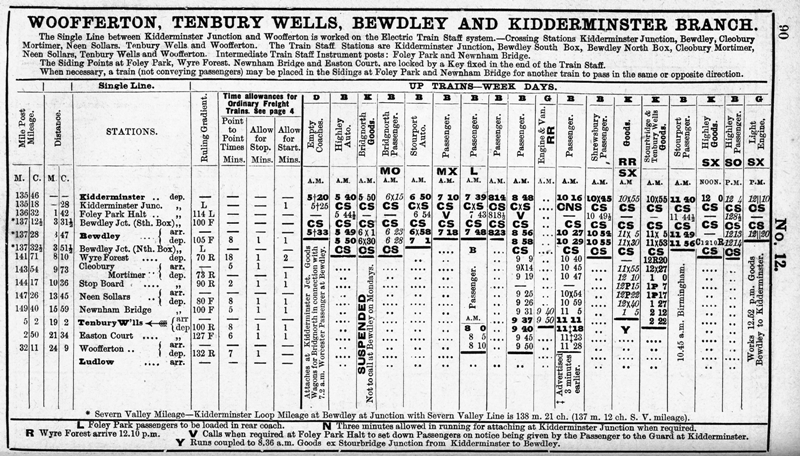 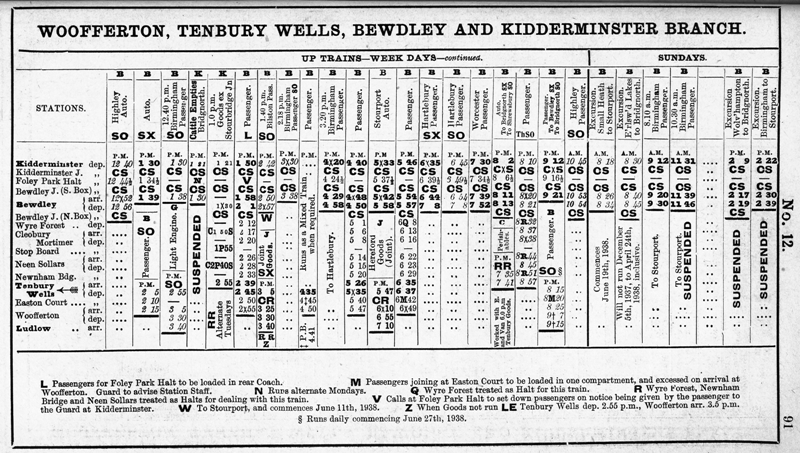 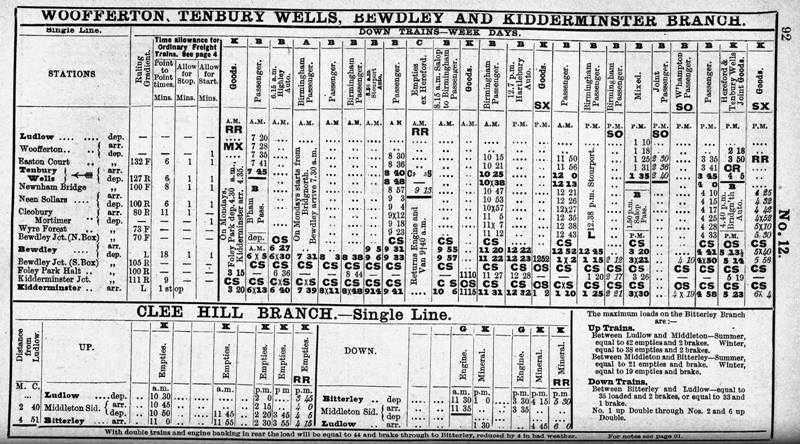 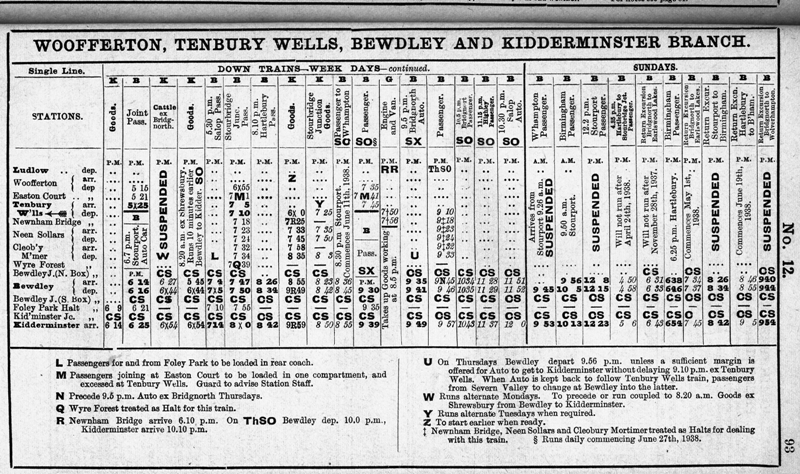