This page shows timetables in use on the Severn Valley Branch and Wyre Forest Line in 1945.

These public timetables from early 1945 show trains between Hartlebury and Shrewsbury via the Severn Valley Branch and between Kidderminster and Woofferton via the Tenbury Branch. The timetables are part of a larger GWRGreat Western Railway timetable poster, a copy of which is on display in The Engine House. A note in the timetable refers to a change with effect from 26 March 1945, at which time World War 2 was still in progress.

The Severn Valley Branch timetable shows four weekday through services in each direction. These were: 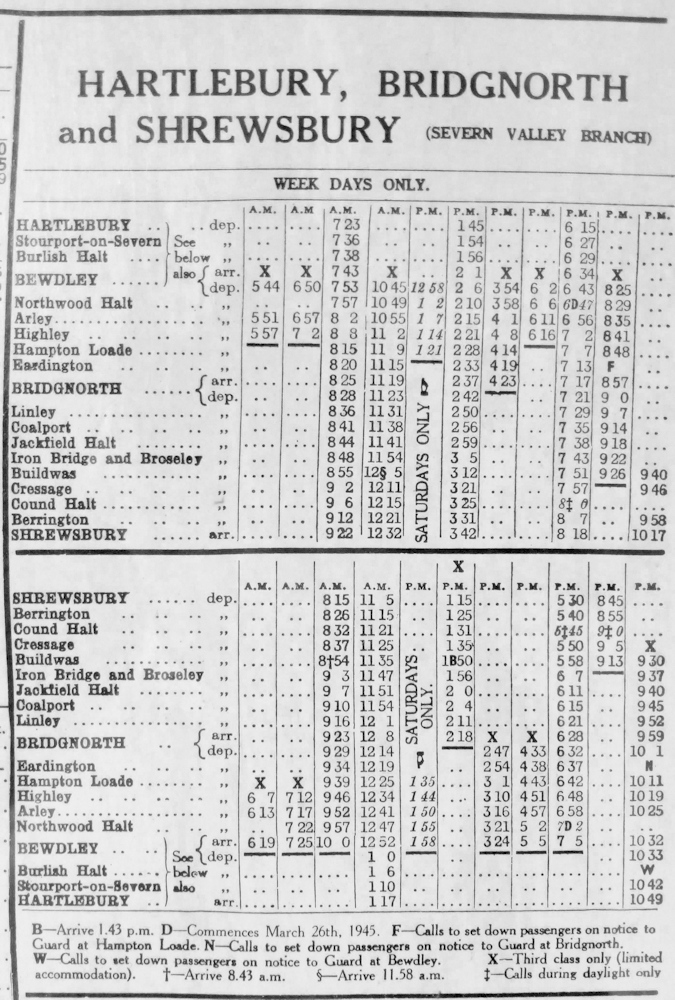 The Tenbury Branch shows four weekday services in each direction between Kidderminster and Woofferton. 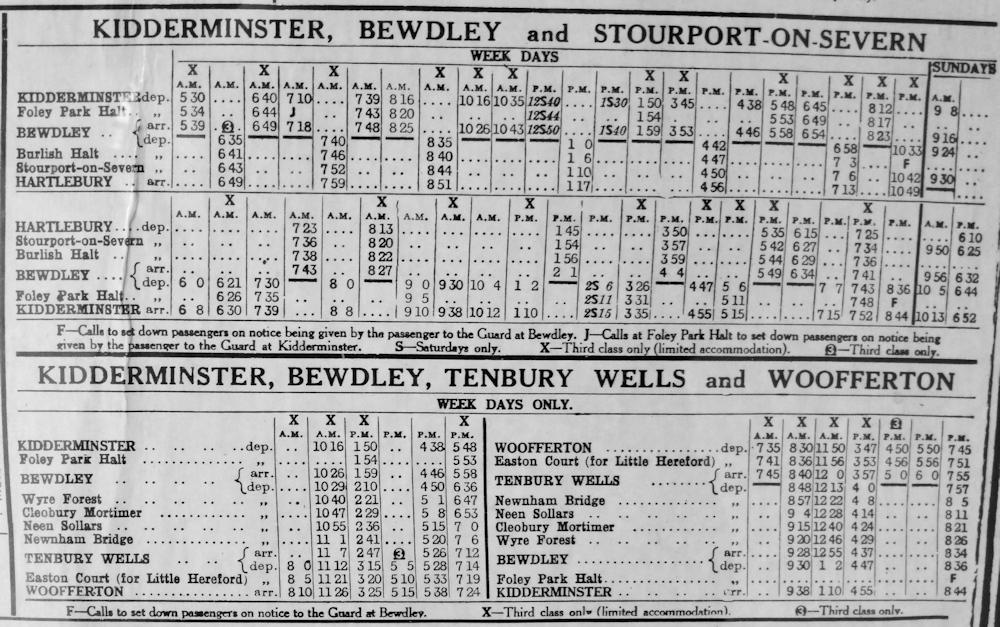 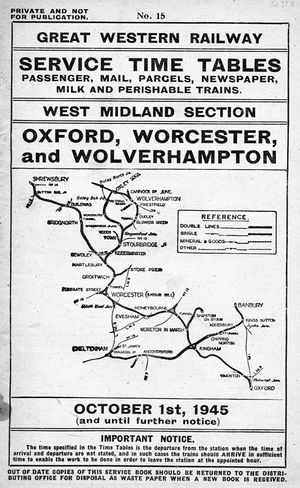 Following the end of the Second World War, the GWRGreat Western Railway introduced a new working timetable from 1 October 1945. However the timings saw little or no change from the wartime timetable. 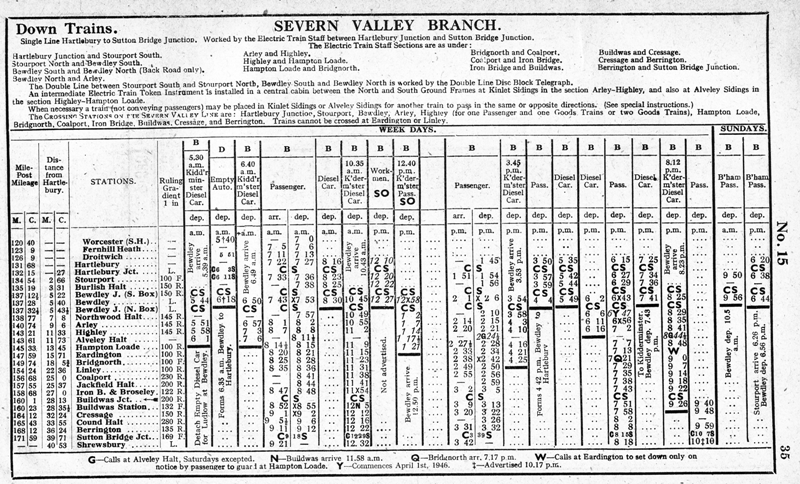 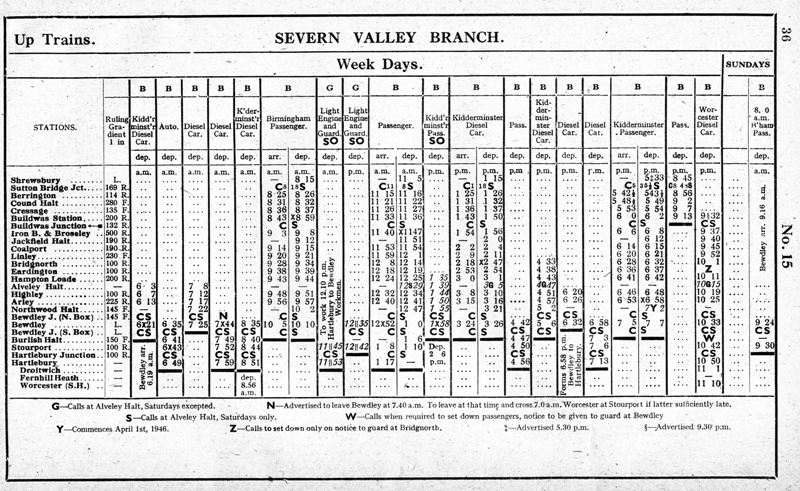