The timetable is in a similar format to the 1877 timetable allowing a comparison to be made. There were only minor changes in timings to trains on the Severn Valley Branch itself, while the Tenbury Branch, as well as continuing to Kidderminster, now had five services in each direction on weekdays instead of three. 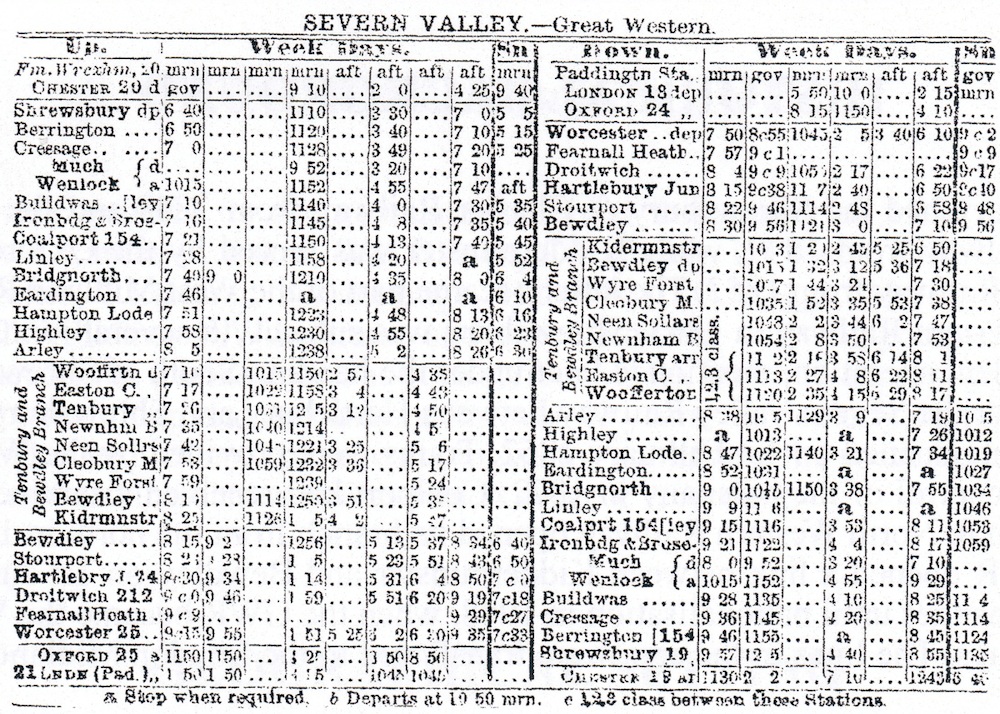