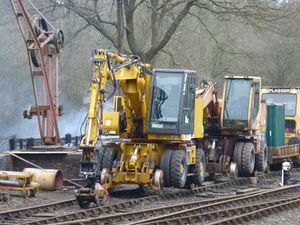 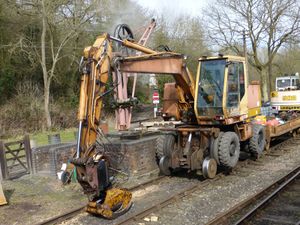 The SVRSevern Valley Railway has two of these similar road railer excavators. Like the Liebherr 902ZW Road Rail 360, these road railers can be used with various buckets for excavating and moving spoil, or with a flail head for clearing trackside vegetation.