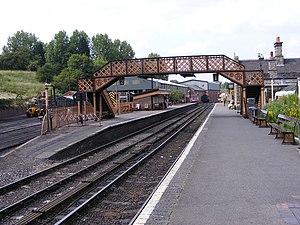 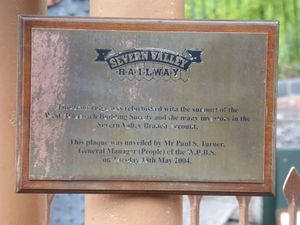 This footbridge (Bridge 37) connects Bridgnorth Station's Platforms 1 and 2. Although both platforms were present at opening on 1 February 1862, the footbridge was added later, its construction being authorised by the GWRGreat Western Railway on 12 May 1887.[1]

In February 2017 the station master appealed for volunteers to repaint the bridge.