This 1942 public timetable shows trains between Hartlebury / Kidderminster and Shrewsbury via the Severn Valley Branch. Times for trains originating at or returning to Worcester are included.

Although 1942 was at the height of the Second World War, the timetable still shows four weekday through services in each direction. These were:

The page below is extracted from the GWRGreat Western Railway's internal document "GWRGreat Western Railway Birmingham and Worcester Divisions, Working of Coaches (rail motor, auto cars etc), 5 October 1942". It shows the working arrangements for the GWR Railcars which were based at Worcester. Three cars ("A", "B", and "C") were used daily. "B" mainly served the Severn Valley Branch, including services to and from Highley mainly for the use of miners working at Highley Colliery. "C" mainly served the Tenbury Branch. Both "B" and "C" are referred to as "New type", presumably referring to the modified 1940 "razor-edge" design which followed on from the original 18 "flying banana" cars. 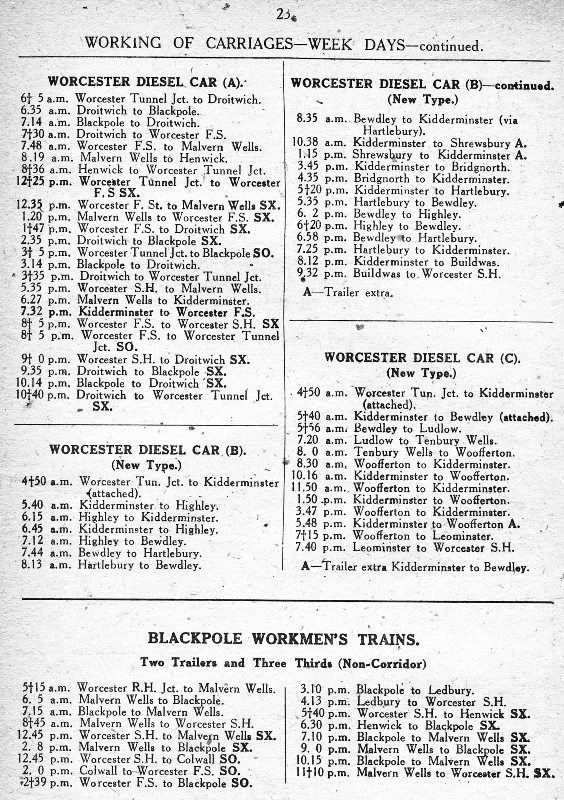