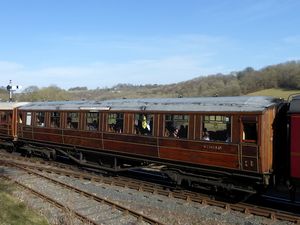 Following a lengthy and comprehensive restoration at Bridgnorth and Kidderminster, the coach first appeared in traffic in September 1996.