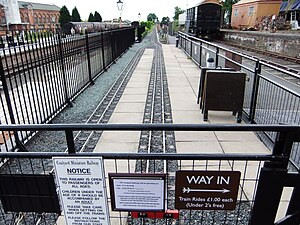 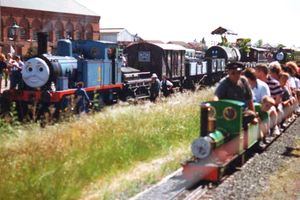 A train on the original dual gauge track